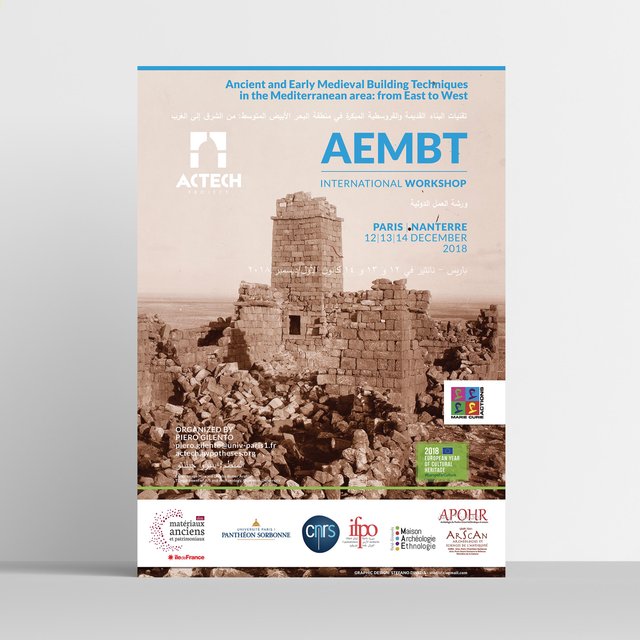 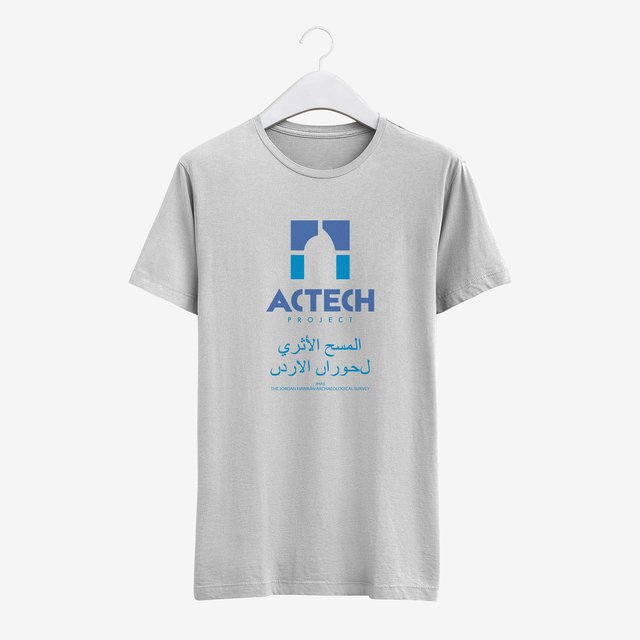 GO BACK TO GRAPHIC

English translation for the Introduction and the abstracts on

and image in the back cover:

ACTECH is an archaeological research project developed at the University of Paris 1 – Panthéon Sorbonne and founded by the European Commission. The project focused on the study of ancient architecture and building processes in the Near East and on the diffusion and trasmission of specific building techniques from the East to West of the Mediterranean. One of the main architectural elements studied was the arch, which also became the ACTECH logo with a refined geometric combination of a rounded arch and a pointed arch: two types and two forms that represent also two completely different cultural and artistic worlds.

The logo concept has also been developed on T-shirts used by the archaeologists during their field-work in Jordan.

In addition to the logo, the graphic idea has been developed to publicize and disseminate the results of the international workshop that closed the project. The poster and the flyers has been conceived, as well as a 56-page booklet containing the program and the abstracts of the contributions in English and Arabic. It was a great challenge to create a bilingual booklet but it gave great results.